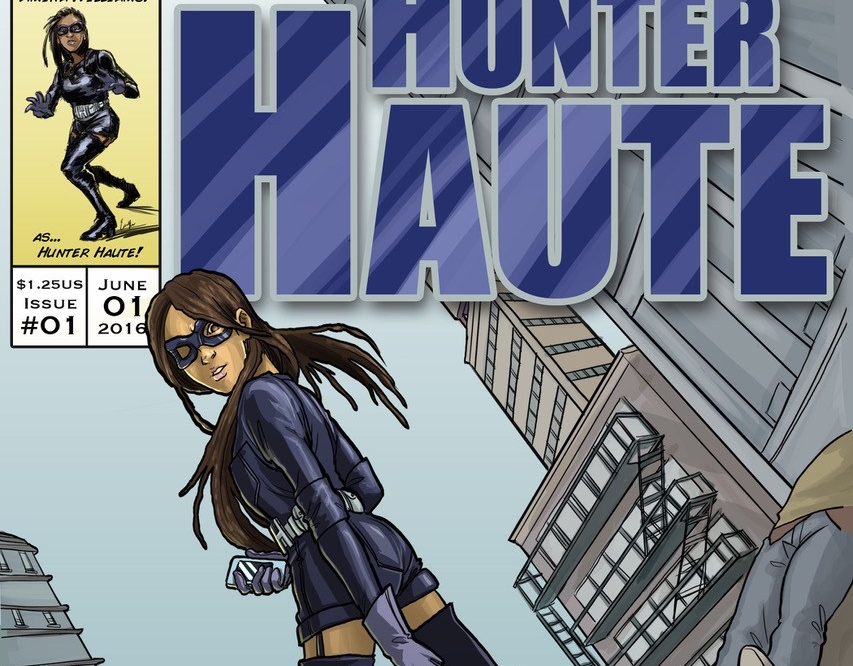 With fashion week taking place, I thought that this would be the perfect time to interview my friend fellow geek blogger Kosi Harris, about her fashion inspired web-comic HUNTER HAUTE. Also coming from a fashion background, I was super excited to check out a fashion based comic book! Not only will comic book fans enjoy this book, but also fashionistas will be enticed by this fashionable adventure. 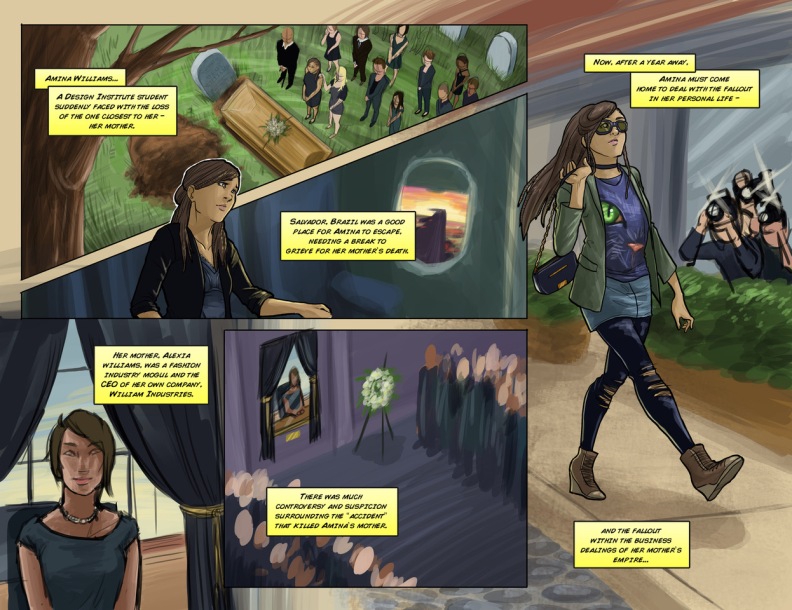 Hunter Haute is an online fashion based action/adventure comic suitable for teens + and anyone interested in fashion. It is a story of courage, strength, compassion and justice. Meet our protagonist Amina Williams; Design Institute student and daughter of William Industries CEO Alexia Williams. When the CEO and fashion industry mogul is killed in a controversial tragic “accident”, Amina has to deal with the death of her mother and the responsibility of taking over her mother’s legacy.

After spending a year in Salvador, Brazil to grieve, Amina returns home and now has to face reality. Amina tries to balance not only school, the launch of her own clothing line (with friend J.J.), and the remains of her mother’s company, but now fellow students are suddenly disappearing.

When students start to go missing Amina notices a pattern, they all worked for Debra Sullivan. Sullivan Industries is known to be a long-time rival company of William Industries. Could there also be a connection to her mother’s death? After nearly being kidnapped herself, Amina decides to take action. We learn that during her time in Brazil, she not only tried to cope with her mother’s death but she learns a new skill.

While away Amina learned Capoeira; an Afro-Brazilian martial art that combines elements of dance, acrobatics and music! She now uses the fighting and training techniques she learned during her time away to fight for those who need help.

Amina does not have super powers but she takes things into her own hands and becomes the caped hero.

She is called “The Hunter” !

Check out our interview below! 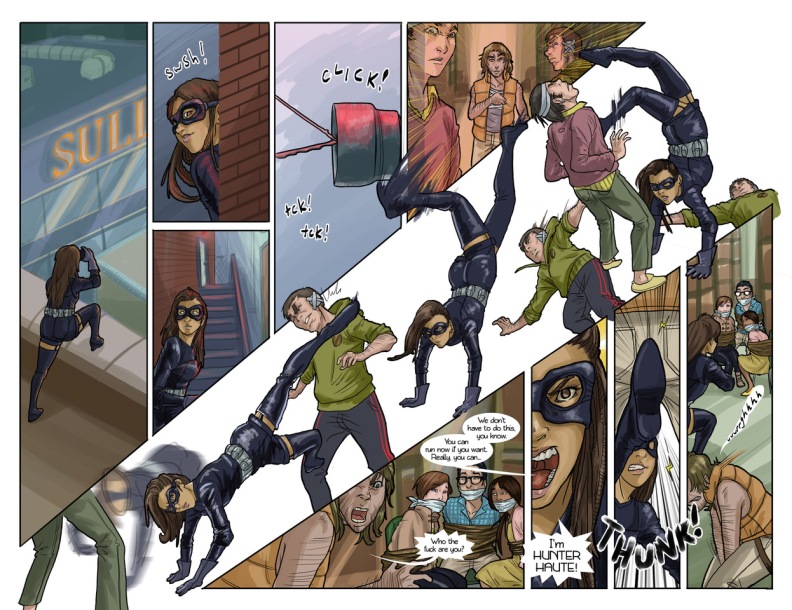 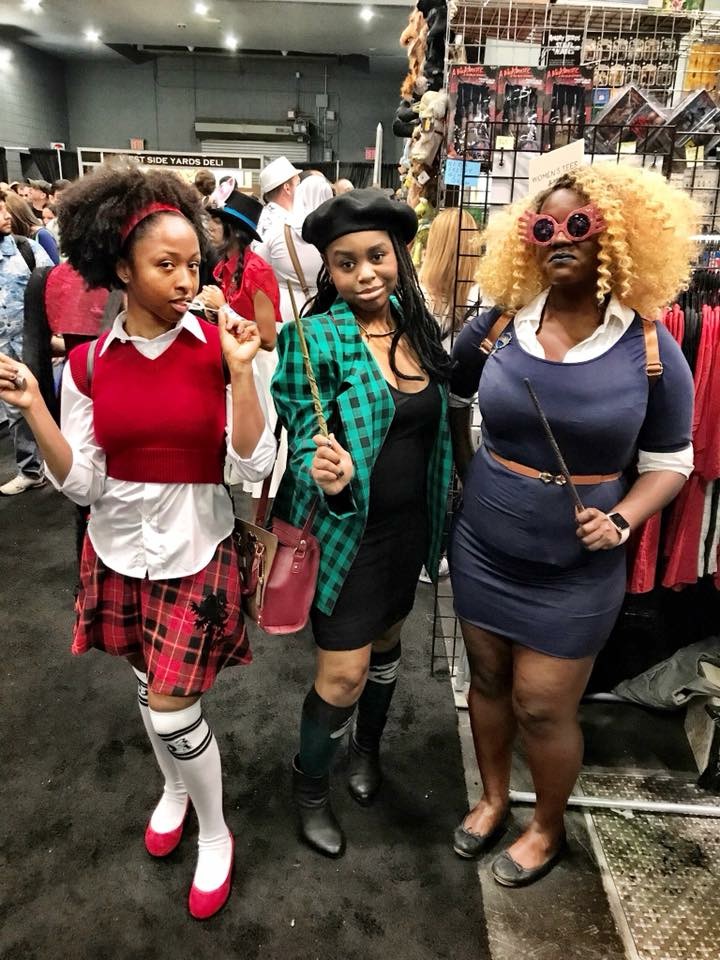 Kosi Harris and Phil Buck feature a great fresh new story, with a strong kickass female lead. The central character Amina; is humble, daring, smart, and level headed; she knows when and where to put her strengths to use. Paired with Candace April Lee’s artwork, they really do make a great team. The tone of the story and the artwork flow perfectly together. The comic features super cool fight sequences and Capoeira fighting style combat. Candace also does a great job of portraying young and fashionable students that are very relatable. There’s definitely a strong fashion influence, the comic showcases cute runway looks, and I love Aminas Hunter costume. (fun cosplay idea!)

I felt this was a good introduction and I would love to see more of Aminas story. Excited to see what else Hunter Haute and Kosi have in store!

Check out Kosi’s blog: One Creates One Self