From DC Comics comes a whole new kind of CRISIS, one that involves savage maniacal zombies! This terrifying 6-issue mini series dropped the 32-page first issue this Wednesday, and I was super excited to pick it up. New York Times best-selling writer Tom Taylor (INJUSTICE) is joined by artists Trevor Hairsine (LEGENDS OF THE DARK KNIGHT) and Stefano Gaudiano (The Walking Dead) to bring us this horrifying new tale. 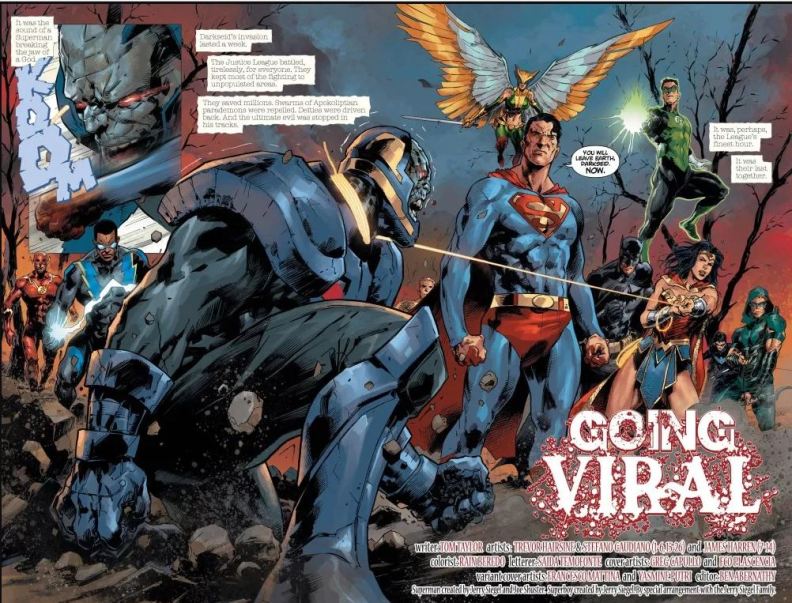 A mysterious techno-virus has been released on Earth, infecting 600 million people and turning them instantly into violent, monstrous engines of destruction.

The heroes of the DCU are caught completely unprepared for a pandemic of this magnitude and struggle to save their loved ones first…but what happens to the World’s Greatest Heroes if the world ends?” DC Comics

Throughout the years we’ve seen plenty of apocalyptic end of the world narratives in the DC verse (Infinite Crisis/ Final Crisis/ Dark Knights Metal just to name a few) that have threatened the entire existence of mankind and planet Earth. Now we can add bloodthirsty flesh-eating zombies to that equation. In an already zombie-obsessed over-saturated market, what makes DCeased notable?

Well, for one seeing members of our beloved Justice League nearly get their face torn off and suffer major flesh wounds from these hysterical infected monsters that are plaguing the planet. Also the fact that we get a precise origin story, and we know right from the start how this worldwide outbreak actually begins. I can’t wait to see how our heroes will get out of this one; even Batman’s contingency plans may not be enough for what’s to come.

Harren, Gaudiano, and Hairsine do a fantastic job of displaying the massive terror, chaos and destruction. From the brilliant and vibrant details of the gut-wrenching infected, to Cyborgs ultimate demise, the literally jaw-breaking opening all the way till the climatic and chilling Batman scene.

“Darkseid didn’t invade our world to conquer. The Earth was nothing to him. He came for something else.”

It all begins when Darkseid takes Cyborg prisoner on Apokolips and uses his half of the technology to assemble the rest of the Anti-Life Equation, a system that has control over all sentient life. However, something goes wrong and Darkseid is forced to summon death itself. This corrupted merging ends up destroying Apokolips, killing Darkseid, and sending “the virus” Cyborg back to Earth causing the digital zombie outbreak. When Cyborg returns to Earth, within seconds millions are infected via technology and social media, turning everyone into flesh- eating monsters! Anyone staring at a screen becomes infected immediately. I really like the use of a digital virus as social media plays such a big role in the daily lives of people in this day and age. This viral aspect reminds me of the cellular virus from the hit series Kickass that spread like wildfire through the use of cellphones. 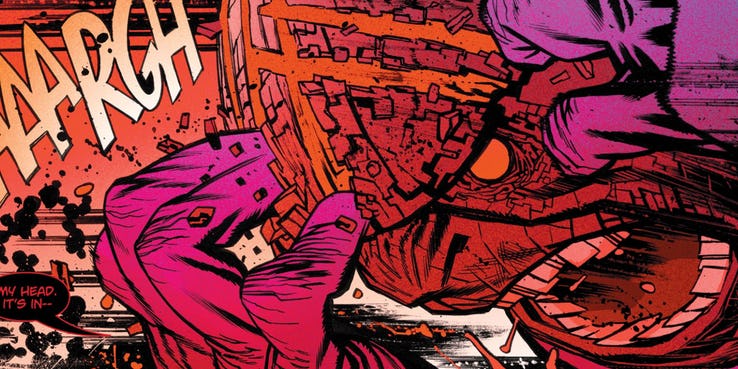 This leaves readers with the biggest question. If people are infected through social media can they still be infected with the virus through being bitten? Looks like we have to wait another month to find out who has survived, “returned” or fallen to the new age apocalypse. So far I really enjoyed Issue one and look forward to seeing what will happen next.

Check out these sick covers below!