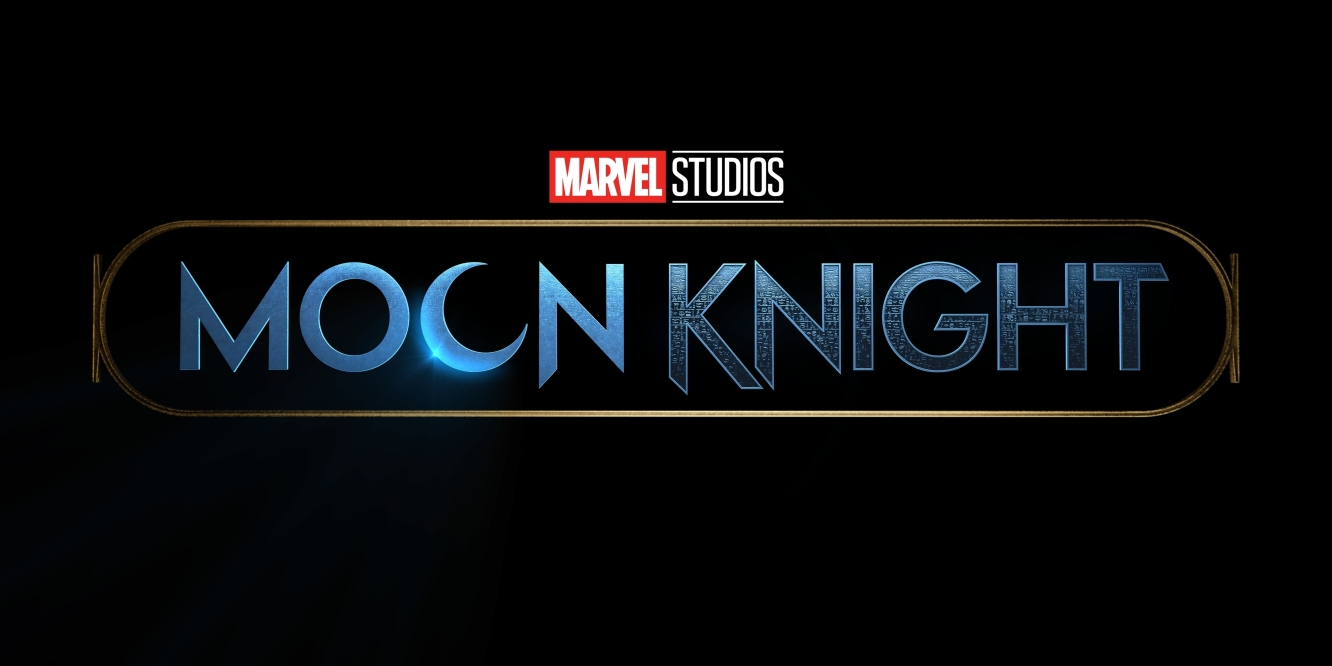 Here’s my completely Spoiler FREE first thoughts on the latest Disney Plus series. I saw the first four episodes and here are my initial impressions of what I’ve seen so far.

Moon Knight is a fun, psychological horror super-hero adventure that introduces a comic favorite to new audiences and builds him from the ground up. It was essential for Marvel Studios to tell his story while celebrating his comic book history. While Moon Knight does stay pretty close to the comics in some instances, it still takes a lot of creative liberties, and possibly plays it too safe. It features a fantastic cast, decent effects, and fascinating mythology and Egyptian lore, however this is a series, that will definitely have fans divided.

The Supernatural action adventure series is based on Moon Knight by Doug Moench & Don Perlin. Similar to Hawkeye, it’s going to be only 6 episodes. The latest TV series in the Marvel Cinematic Universe is coming to Disney+ on March 30, with episodes releasing weekly. The show is the sixth Marvel Studios series for the streaming service and stars Golden-Globe Winner Oscar Isaac, Ethan Hawke and May Calamawy.

Isaac plays Steven Grant, a mild-mannered gift-shop employee, who becomes plagued with blackouts and memories of another life, he discovers he has dissociative identity disorder and shares a body with mercenary Marc Spector. As Steven/Marc’s enemies converge upon them, they must navigate their complex identities while thrust into a deadly mystery among the powerful gods of Egypt.

While struggling with multiple personalities, and defining his personal moral obligations, Marc fights against the supernatural as the cloaked avenger Moon Knight.

So who is Moon Knight?

Moon Knight first appeared in the Marvel comics in “Werewolf by Night” #32 in 1975, and MarcSpector aka Moon Knight has continued his exploits on comic book pages for the past 47 years, and is still ongoing.  Marc Spector, aka Steven Grant, was a former Marine and CIA operative who became a mercenary and, ultimately, the earthly avatar of the Egyptian moon god, Khonshu. While sometimes a hero and at other times a villain at the bidding of the god, Marc was always dealing with his own mental health.

The series explores Stevens’ fight for sanity and his struggle to keep a grip on reality. Oscar does a fantastic job in portraying a man with multiple identities, however Moon Knight is overshadowed by these identities.

The series has a comedic tone comparable to Tom Hardys’ portrayal of Venom, and it feels like a sequel to The Mummy movies. While Isaac is super enjoyable to watch and honestly makes the series interesting, Moon Knight essentially plays it too safe, making it not-so-memorable. Moon Knight can be just as brutal as Batman and violent as Frank Castle. Some even consider him the Marvel equivalent to Batman so why water him down. Not all Marvel comics are lighthearted and campy. We also don’t get much fighting till about the third episode. Aside from holding back on blood and brutality Moon Knight does exhibit some spectacular qualities. They did a really good job modernizing his suit, he looks cool and like someone you don’t want to mess with. His Shield techniques are well-done and they explore healing capabilities. I just wish it pushed the limits and gave us a more violent depiction of the Crescent crusader.

However, The show does a great job in depicting Stevens struggles with depression and explores the lengths he goes to keep his personalities in check. It explores Spector’s many ongoing conflicts as a character; his relationship with his god, his friends, allies, and, most importantly, himself. Oscar is on point in his switching back and forth between characters. Before anyone complains about his poorly done British accent, this is done on purpose. He perfectly transitions between personalities even arguing with himself. I love how they show him surrender control to summon the suit.

Steven Grant is ultimately sad, lonely and appears crazy. He is neurotic, tries not to sleep and loses all sense of time and reality. Instead of seeking help, he just looses track of himself which is left to question why people at work don’t seem to notice he’s been missing for multiple days. This disheveled version is entirely different from his millionaire persona in the comics, which is fine as this works better having him be completely opposite of Marc. Marc Spector is violent, strong, confident and the Protector’ Avatar of Konshu the Egyptian god of moon.

In the comics Marc sets about creating not only a costumed identity he dubbed Moon Knight, but two other personalities to aid him in his war on crime, millionaire Steven Grant and cab driver Jake Lockley. I wonder if we’ll end up seeing Jake later on. Marc Spector’s CIA career and mercenary work paired w/ his boxing skills, martial arts training and athleticism make him a worthy opponent. He also has a  high degree of tactical and strategic skills, as well as combat and weapons expertise, and can also speak several languages. Unfortunately, these abilities are balanced by an uneven mental state that manifests itself in bouts of depression and multiple identity disorder. In the comics Marc also spent some time with the Avengers and Secret Avengers but left the team over a disagreement with the Avengers’ code against killing. The series feels entirely disconnected from the rest of the MCU so I wonder if we will see any of this explored later on.

Spector, Moon Knight and Grant, all played by Isaac, are joined by Ethan Hawke as antagonist Arthur Harrow, actor May Calamawy as blast from the past archaeologist and adventurer Layla El-Faouly, and F. Murray Abraham providing the smooth talking and booming voice of the Egyptian god Khonshu, for whom Spector is an avatar.

Let’s get to the Villains, without giving away spoilers

First Bushman played by Loic Mabanza feels like a mere Henchman. In the comics he is the oldest nemesis of Marc Spector. Bushman worked as a mercenary in the Sudan with Spector as his former right-hand man. I wonder if they will get into their past at some point, or if his character is just completely downgraded for the series.

Anton Mogart is one of the few Marvel characters of which little is known. In the comics, Mogart first appeared as a master thief, stealing priceless works of art, jewels, and artifacts from all around the world. He became known as the Midnight Man.  Sadly Rest in peace to Gaspard Ulliel, who died at age 37 in January following a ski accident in France. Ulliel briefly appears in “Moon Knight” as Anton Mogart.

Which brings me to Arthur Harrow. Arthur Harrow is the main Villain played by Ethan Hawke. I was initially surprised they went with Harrow as the prominent – villain but after watching he has me very intrigued as Ethan Hawke gives a very compelling performance, and you can see the direction the show-runners are going for.

Harrow may be more even mysterious than Moon Knight himself, even to long-time comic readers and fans of the titular hero, as he only has one single comic book appearance under his belt to draw reference from. Despite his relatively mysterious nature (even for Marvel Studios, who often seem to take major creative liberties with lesser-known characters), Arthur Harrow’s inclusion as Moon Knight’s main villain on the show may be a sign for big things about the direction that Moon Knight could take.

Harrow is some kind of cult messiah who has enchanted believers and has a very powerful influence over people. He is extremely, charismatic eerily quiet and creepy and is also the former avatar of the fist of vengeance. Harrow has his own plans to eradicate evil which viewers will soon learn.

It was very important for the producers at Marvel Studios in telling Moon Knight’s story and keeping the character grounded in his comic book heritage. The filmmakers wanted to take this unique character and tell his story in an episodic series that would pay homage to the comics. One thing the show executed very well from the comics was embracing its supernatural elements and showcasing the important aspects of Egyptian mythology. The ruthless God Khonshu manipulates Marc to do his bidding and the series definitely embodies that.

“We have fascination and reverence for Egyptian history, as does the world,” says executive producer Kevin Feige. “So, it was very exciting to take Moon Knight’s origin story, which is grounded in Egyptology, and infuse it with globetrotting adventure, intensity and mystery. The edgy, dark themes of ‘Moon Knight’ and the exploration of the unique character add another dimension to the MCU’s storytelling.”

Moon Knight is fun, features a cool suit, well-done effects, great casting, great locations and emphasis on Egyptian lore. Hawke & Isaac give great performances and it was a decent watch but has the potential to go so much further. It feels very disconnected from the rest of the MCU, and there are so many unanswered questions and unexplained events. Hopefully we’ll get some flashbacks or some incitement into more of his past. Wish the tone was a little darker and the series took bigger risks. Let’s wait till the finale for a final score.