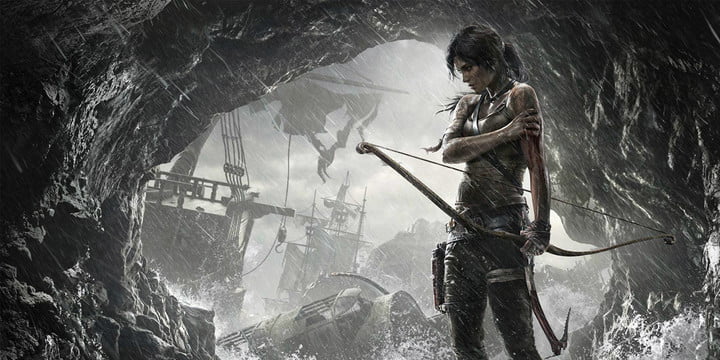 Tribeca Games – A Special Preview of Shadow of the Tomb Raider

THE ARTISTIC AND TECHNICAL ACHIEVEMENT

IN VIDEO GAMES WITH EXCLUSIVE DEMOS,

IN-DEPTH DISCUSSIONS AND A CITY-WIDE BATTLE

OF THE BOROUGHS TOURNAMENT.

A Special Preview of Shadow of the Tomb Raider Gotham Geek Girl here, with fellow geek Wizastudios. We are collaborating on a new project called Geek Peek and this past weekend we got to cover the Tribeca Gaming Festival! Keep a lookout for upcoming announcements and coverage.

We were both super excited to be at the fest and to cover the critically acclaimed TOMB RAIDER® franchise. The festival featured a panel discussion with the creative team where they took us behind the scenes on the evolution of Lara Croft and and the creation of the world that is Tomb Raider.

The panelist discussed how Lara has developed throughout the series and how this installment is the defining moment of of her destiny. Shadow is the end of her origin story as she becomes the Tomb Raider that she is meant to be. Lara is finding her way and the future of mankind is at stake. This is the third game of this installment and takes place a couple months after “Rise of the Tomb Raider.”

Camilla Luddington, who has provided voice and motion capture for Lara for the last 8 years talked about the process of bringing life to Lara and how she has grown with the character. She talked about working with her other cast members and making their interactions real and intense.

Daniel Chayer-Bisson (Senior Game Director), Jill Murray (Lead Writer), and Rich Briggs (Senior Brand Director) talked a lot about the gameplay and how the story is evolving. The game features a very strong narrative arc and character development;  introducing a new ally.  Shadow features more stealth options and a much more experienced Croft. She uses the environment to her full advantage and is much more resourceful in combat. There is rope repelling, improved wall movement, new mechanics and grappling puzzles. Lara is a lot more toned with more muscles and stamina. There are underwater swimming challenges and Lara has to manage her oxygen while taking risks in these underground caverns and tombs.

We got to preview exclusive extended gameplay demo. Here is the new official trailer!

Shadow of the Tomb Raider game, launches on September 14.