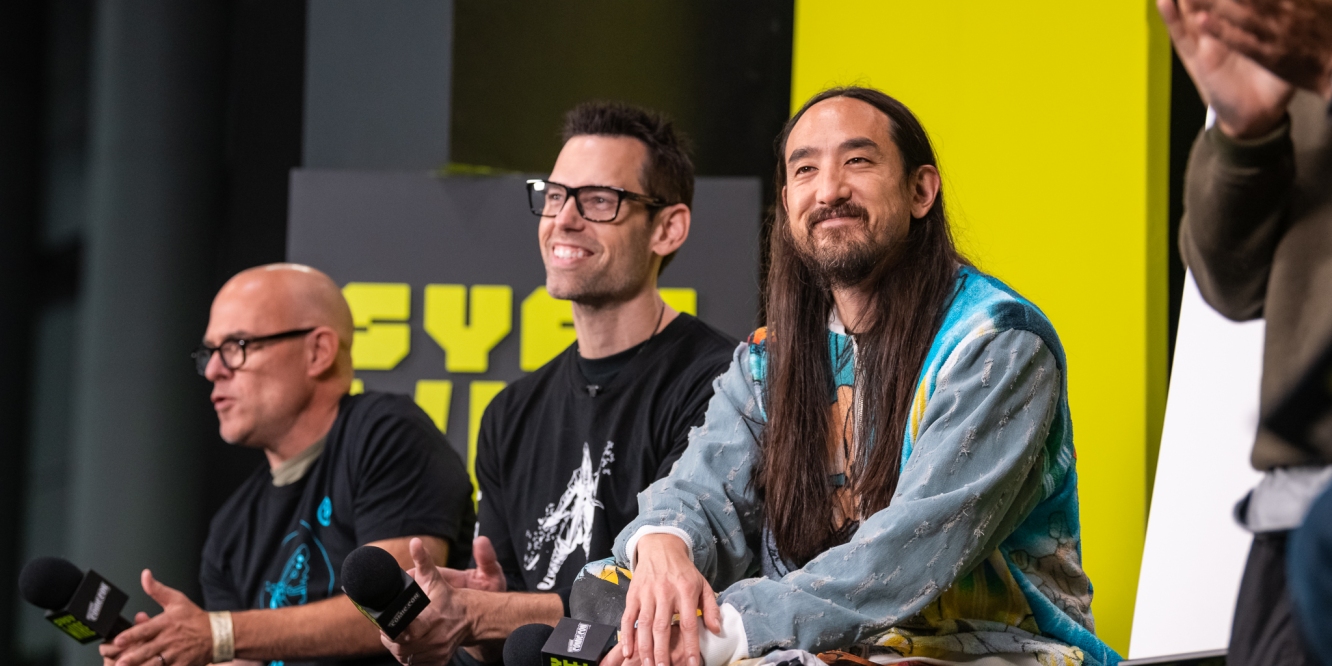 The NEON FUTURE comic book launched last year at NY Comic Con and yesterday marked its 1 year anniversary with the graphic novel release. Due to the success of the series, it has been green lit for six more issues available in 2020.  The series takes place 30 years in the future in a world where advanced technology is outlawed by the government and a war is brewing between those who have chosen to augment themselves and those who have not. 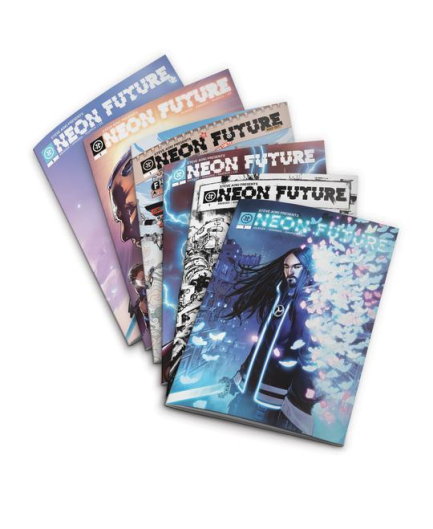 Aoki continues to push the envelope with creative collaborations in music, art and fashion including recent collabs with Darren Criss, The Backstreet Boys’ “Let It Be Me,” STEVE AOKIFŪL travel wear and release of his memoir Blue: The Color of Noise.”

In a future where technology is illegal, a war is brewing between the Augmented, who have chosen to integrate technology into their bodies, and the Authentic, who have not. The resistance movement, Neon Future, strives to bring peace by showing the world a brighter future in harmony with technology.

But when Authentic hero and TV Star Clay Campbell dies unexpectedly, Neon Future’s mysterious leader Kita Sovee (inspired by Steve Aoki) is forced to decide whether to use his latest technological innovation to bring Clay back from the dead. This choice threatens to tip the uneasy balance between the government and the techno-class into an all-out civil war.

From Eisner Award-Winning Jim Krueger comes an innovative and compelling story of the dangers of blind trust and the power of human potential.