This year’s New York Comic Con was just as awesome and crazy as ever! I’ve been attending NYCC for about 13 years now; since it first started at the Jacob K. Javits Center in 2006! Every year I watch the crowds and madness intensify. New York Comic Con annually organized by ReedPOP, is the biggest pop culture entertainment convention on the East Coast. NYCC features comics, anime, video games, toys, television and movies. I got to cover press this year and had the opportunity to have some amazing interviews! (DC Collectibles/ Robot Chicken/ Marvel props/ WB Animated)

It’s always exciting to see what will be unveiled next. I like attending panels to get the first peek or scoop on new releases; whether it be comics, movies, t.v. shows, or discussions. This year I got to see some exclusive footage from DC Collectibles, Wonder Woman Bloodlines and the Batman Beyond 20th Anniversary!

I saw so many amazing toys/figures and cosplays this year, and saw some of my favorite exhibitors. I also got to chat with talented actors, crew and creators behind the scenes!

CHECK OUT SOME OF MY PHOTOS AND FOOTAGE FROM THIS YEARS CON! ENJOY!!

Fans got to watch the World Premiere of the latest DC Universe Movie, Wonder Woman: Bloodlines at NYCC friday night. “In the film, Amazon princess Diana of Themyscira chooses to save fighter pilot Steve Trevor and return him to his home in America – setting in motion one of Wonder Woman’s most captivating chapters. Fulfilling the role of both ambassador as well as protector, Diana soon earns the name Wonder Woman from the gracious people of Earth.” After watching the film, there was an entertaining panel discussion with the stars and filmmakers. Rosario Dawson (Jane the Virgin, Rent, Luke Cage) returns as the voice of Wonder Woman for the sixth time, leading a sensational Wonder Woman: Bloodlines voice cast that includes Marie Avgeropoulos (The 100) – Silver Swan; Adrienne C. Moore (Orange Is the New Black) – Etta Candy; Mozhan Marno (The Blacklist, House of Cards) – Dr. Cyber; and Courtenay Taylor (Regular Show, Fallout 4) – Dr. Poison.

Stay tuned for my round-table interviews with the cast & crew of Wonder Woman Bloodlines coming soon!!

Gone, but not forgotten. I joined the cast of this canceled too soon cult favorite to rejoice in the lessons we all learned at Kings Dominion. Moderated by Emily Longeretta (Us Weekly). 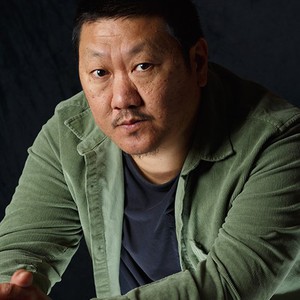 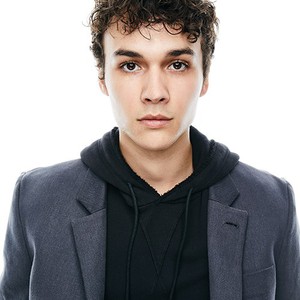 Stay tuned for my round tables interviews with the cast & crew of BATMAN BEYOND!! Article up now! HERE

Saw some awesome Cosplays this year!

Saw some awesome geeky gear and artwork on the show floor and in Artist Alley.

Always great seeing the super talented Dawn McTeigue, I have been a fan of her for years. Check out her newest art book featuring 48 pages of work-in-progress images, sketches, and final line art, along with digitally-colored published covers. Obsessed with the DC Collection from XM Studios.

HERES SOME MORE PHOTOS FROM THIS YEARS NYCC! TILL NEXT YEAR! ENJOY!!