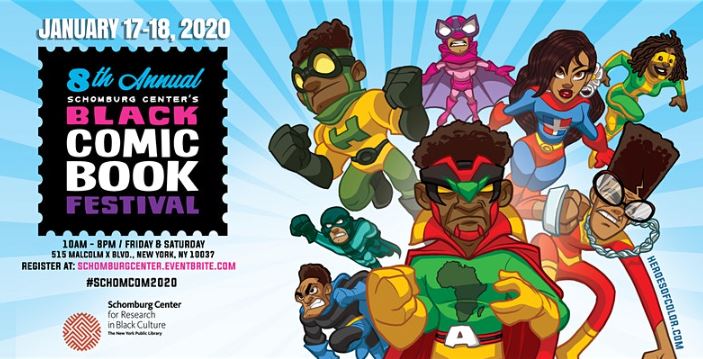 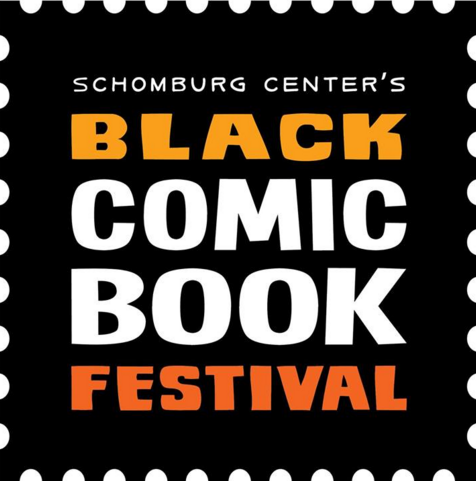 Last weekend I attended The Schomburg Center’s 8th Annual Black Comic Book Festival !!! The two-day event was jam-packed with lines of super excited fans anxiously waiting to get inside. This free community event was held January 17-18, 2020 , Friday and Saturday at the Schomburg Center for Research in Black Culture in Harlem. 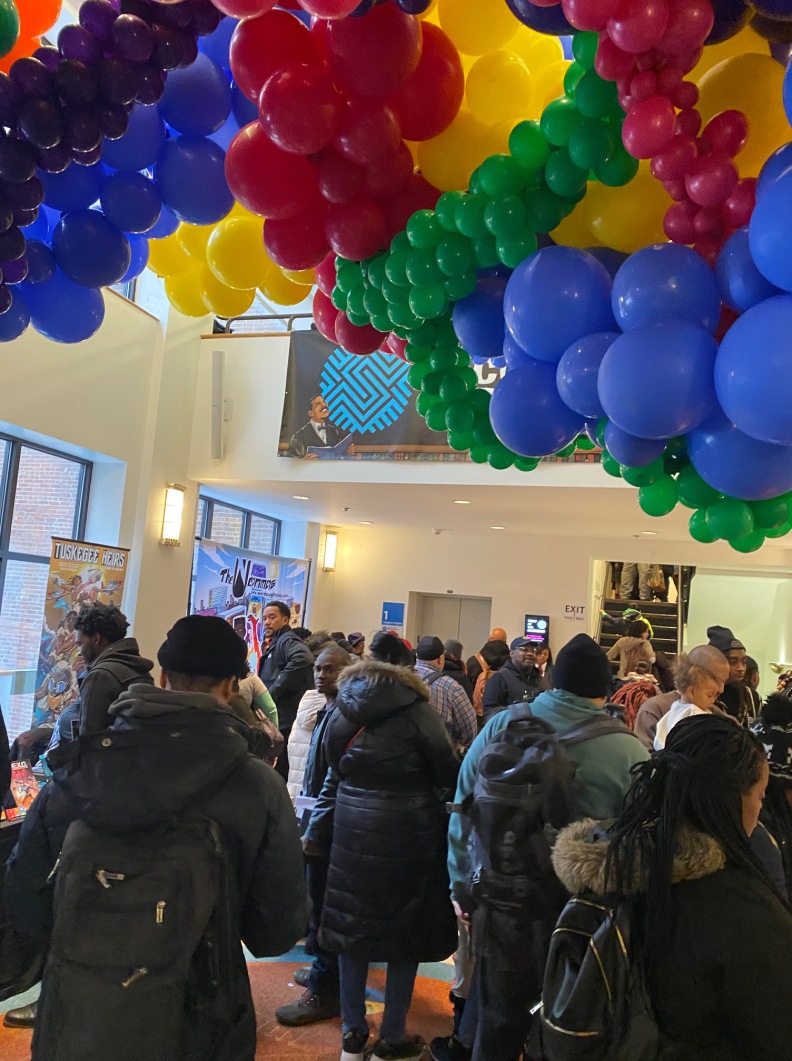 This family friendly event featured dozens of independent comic book creators showcasing their talents. I had the pleasure of speaking with so many creators about their work, and even picked up some new comics that I can’t wait to check out. I saw so many familiar faces from bloggers, to creators and fans alike; an amazing supportive creative community that I am glad to be a part of. I also met many talented and inspiring people that I had the opportunity to see some of their awesome new projects. Check out some of the creators below:

COMICS TO CHECK OUT 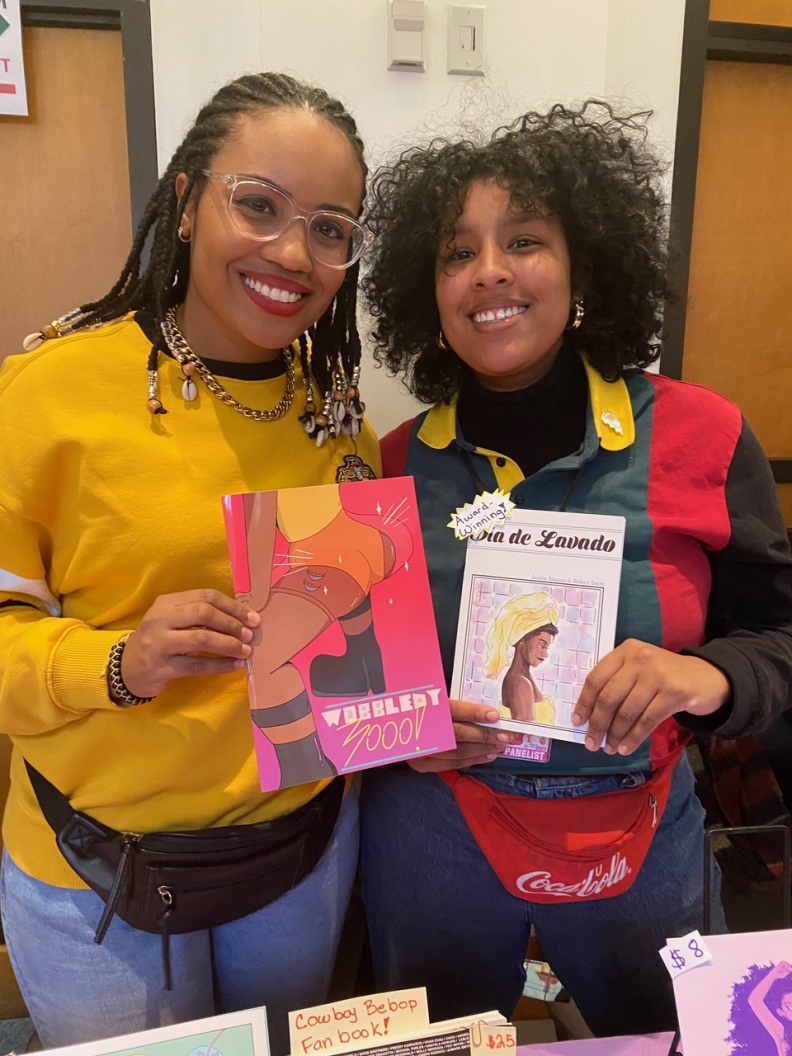 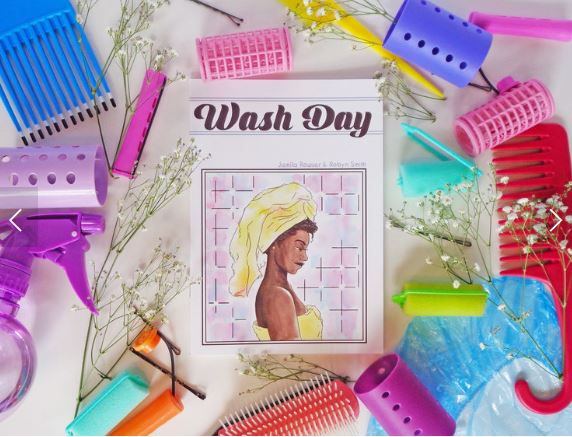 Wash Day is a slice-of-life comic that pays tribute to the beauty and endurance of Black women and their hair. The story follows Kimana, a 26-year-old woman living in the Bronx, as she cares for her long, thick hair. As Kim goes through her Sunday morning rituals, we see the highs and lows of her day—fresh coffee, rising rent, girl talk and catcalls. -Wash Day

Script edited by: J. A. Micheline 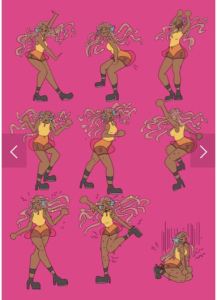 “Wobbledy 3000 reminds us that twerkin’ ain’t easy. The story takes place on Earth 3000 and follows LaToya and her best friends Alma and Aonia as they head to the club. LaToya plans to twerk the night away with other humans, androids and aliens, but soon realizes that she is in over her head.” 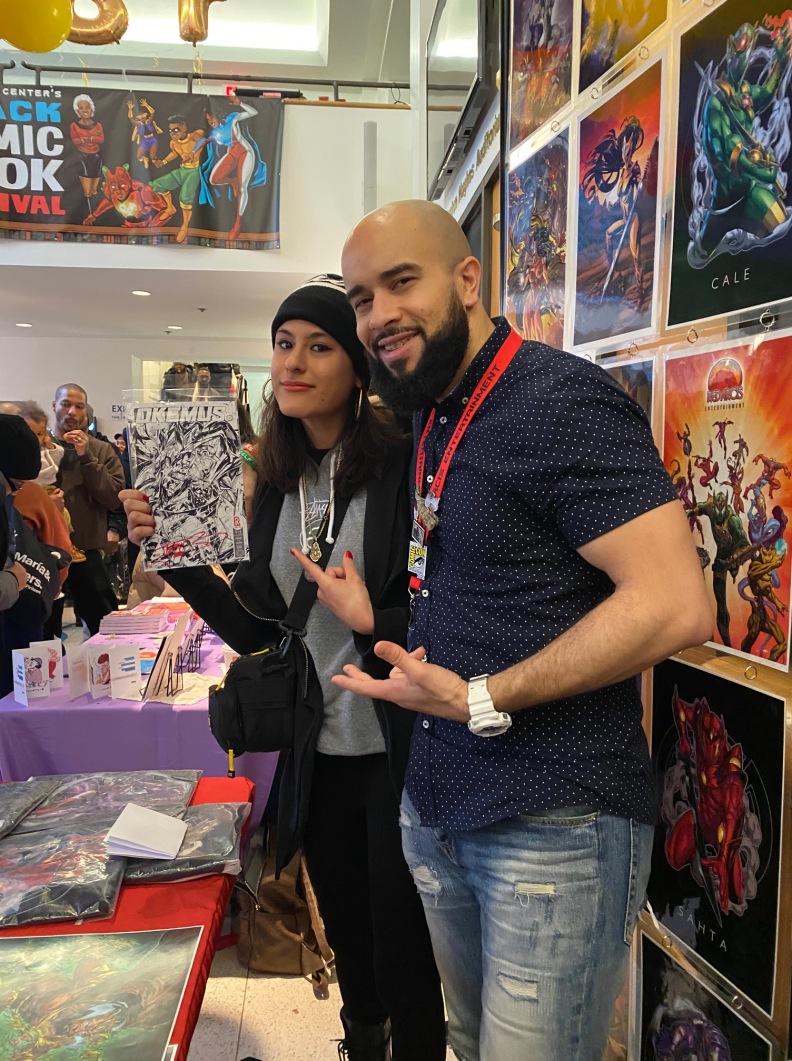 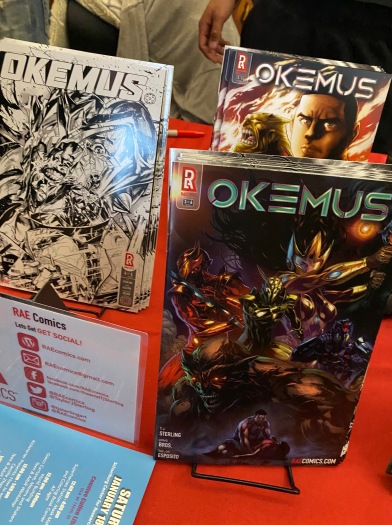 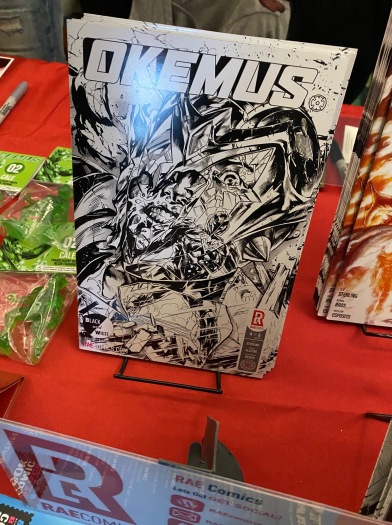 Okemus is a sci-fi martial art action thriller featuring Cale..a young scientist with latent superhuman abilities that are essential to saving the world of the present and future. Cale is being pursued by 4 mysterious superpowered warriors on a mission to acquire this unique ability Cale possesses. These 5 characters are on a collision course that breeds action, drama and cool plot twists. -RAE Comics

Check out my interview with Taylor here and Okemus featured in  5 NEW BADASS SUPERHEROES IN HONOR OF BLACK COMICS MONTH! 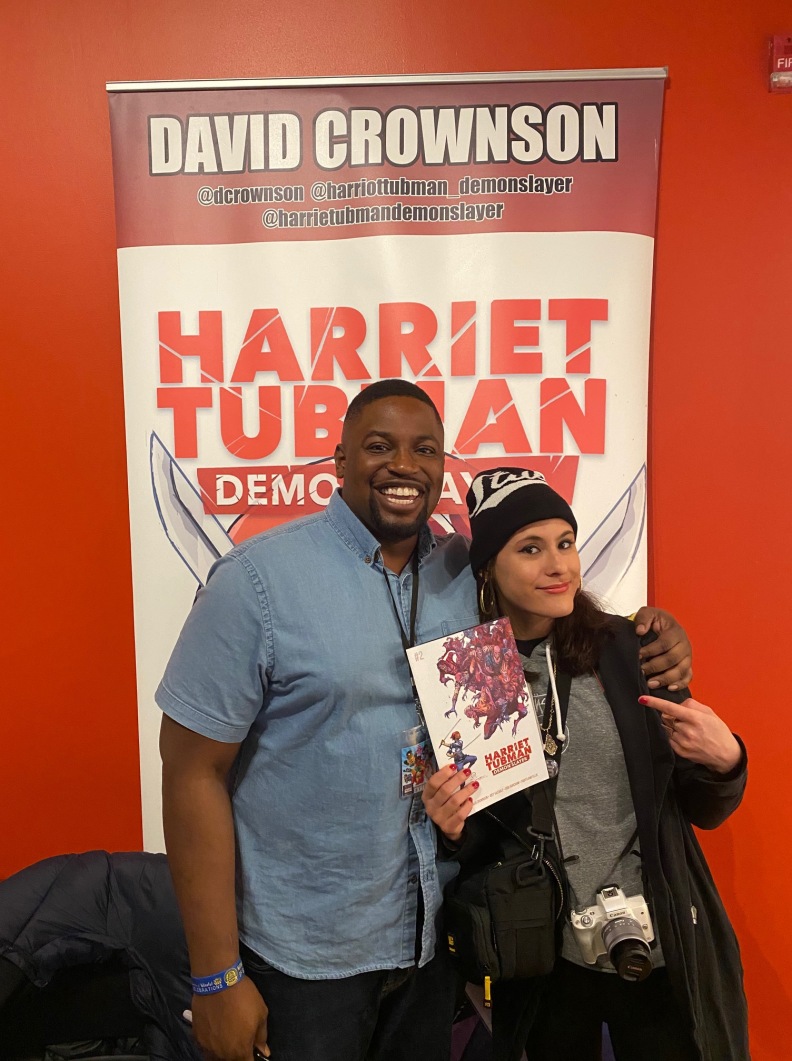 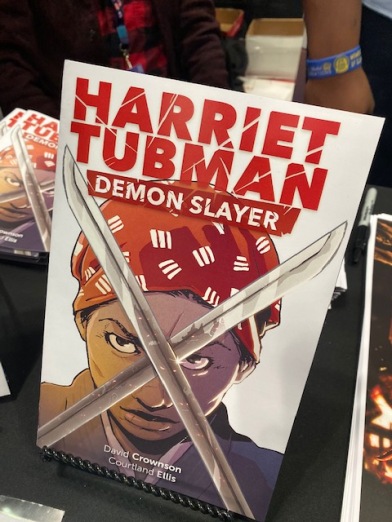 When slave owners can’t stop the powerful ninja warrior Harriet Tubman, they enlist the help of vampires, demons, witches & werewolves to stop her. Harriet Tubman must lead a family of runaways to freedom while battling an army of darkness. – Harriet Tubman Demon Slayer 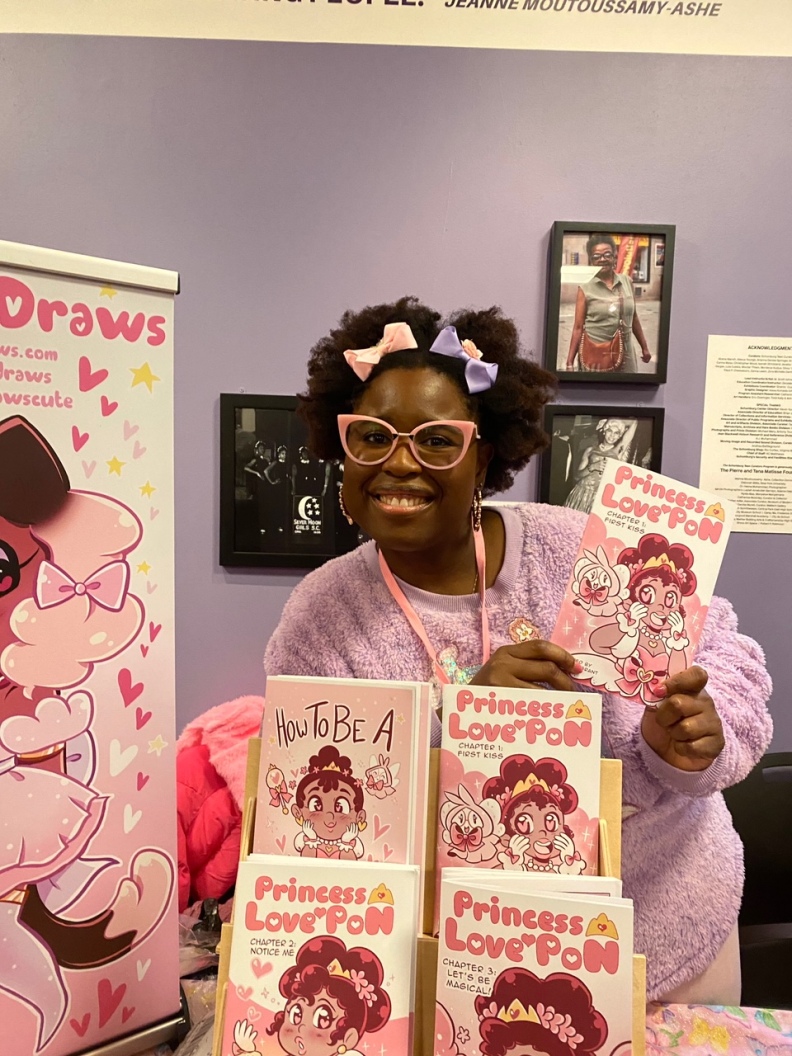 Princess Love ♥ Pon is a story about love! Love for your friends, love for your partners, and love for yourself. But what happens when someone loses track of what’s important? What happens when it’s too hard to communicate what you really need?  Lia, as the magical girl Princess Love ♥ Pon, navigates her way through love, heals the hearts of others who have fallen into despair, and discovers what it really takes to be magical! Is the love she has inside her enough to stop The Dark Queen from devouring the hearts of innocents? Please join Lia on her adventures and find out! – Princess Love Pon 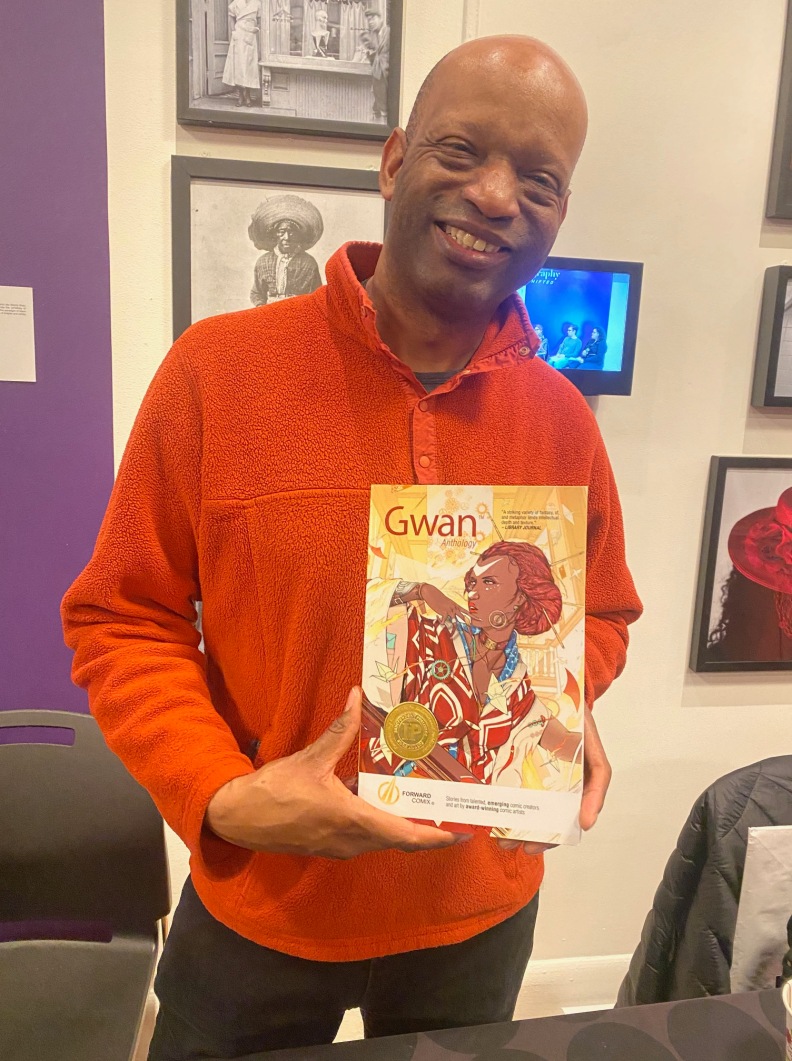 Gwan Anthology
Published in 2017, “GWAN ANTHOLOGY” is a collection of creator-owned short stories, centered around themes of foreign lands, the immigrant experience and cultural fusion.

The overall goal for this anthology is to highlight and celebrate comic creators who produce work with a sense of the immigrant/expat perspective, expressing both the joys and challenges of such a journey. The anthology is open to any genre: sci-fi, fantasy or slice of life; open to both real and imagined experiences. –Foward Comix

*The second Anthology will be coming soon, stay tuned! 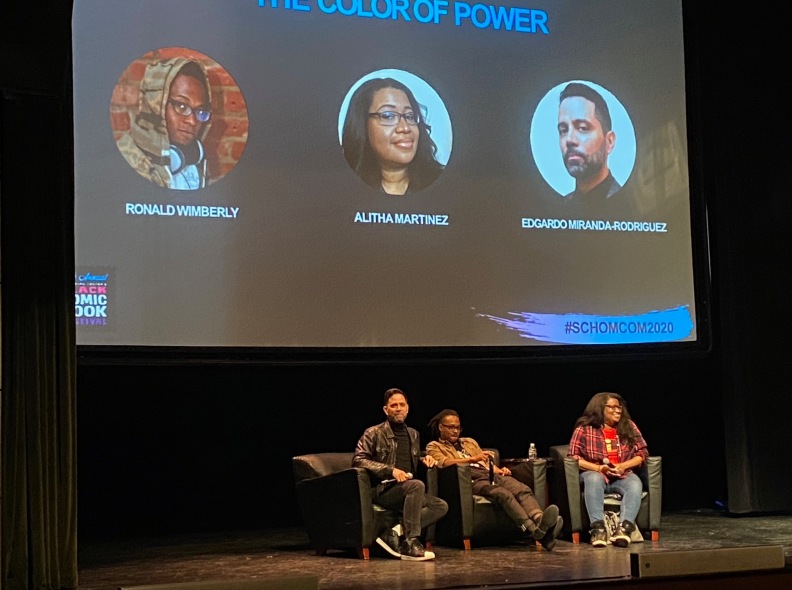 The Color of Power:

Whether you like mainstream comics, indie comics, or children’s books there was something for everyone to enjoy! The festival had a number of panels which discussed topics such as diversity, strong female leads, gender representation in comics, and self-published comics and their effect on mainstream media. There were Kickstarter workshops, mask-masking workshops, screenings, a children’s and an adult cosplay showcase, writing workshops, and how to draw comics workshops. 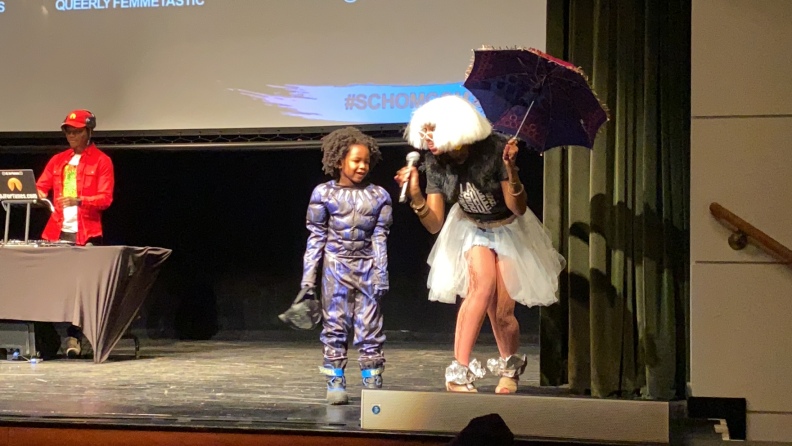 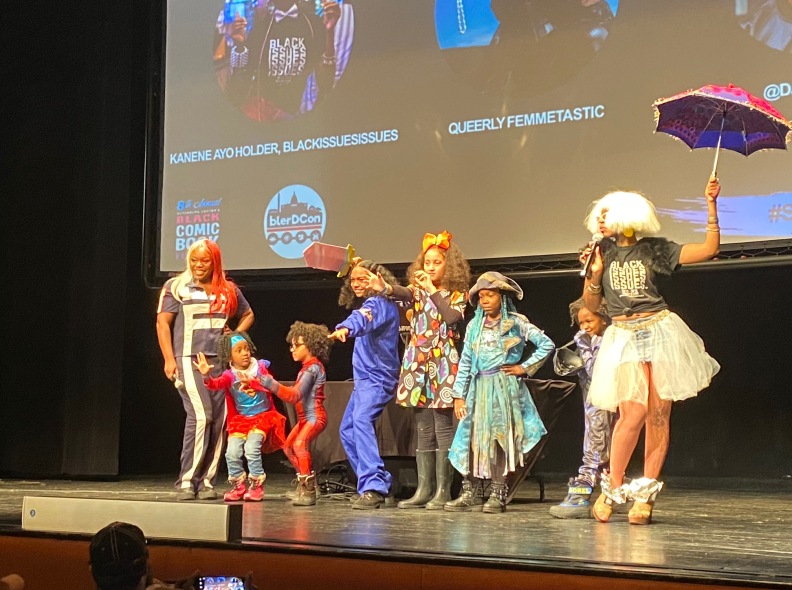 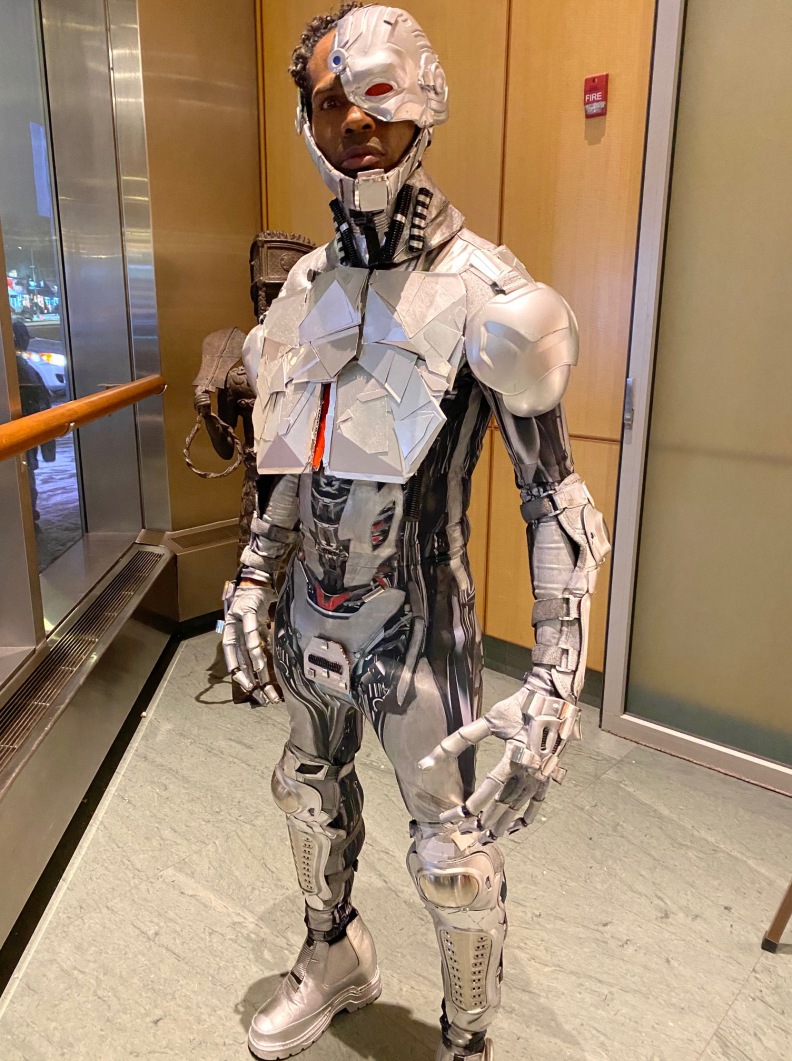 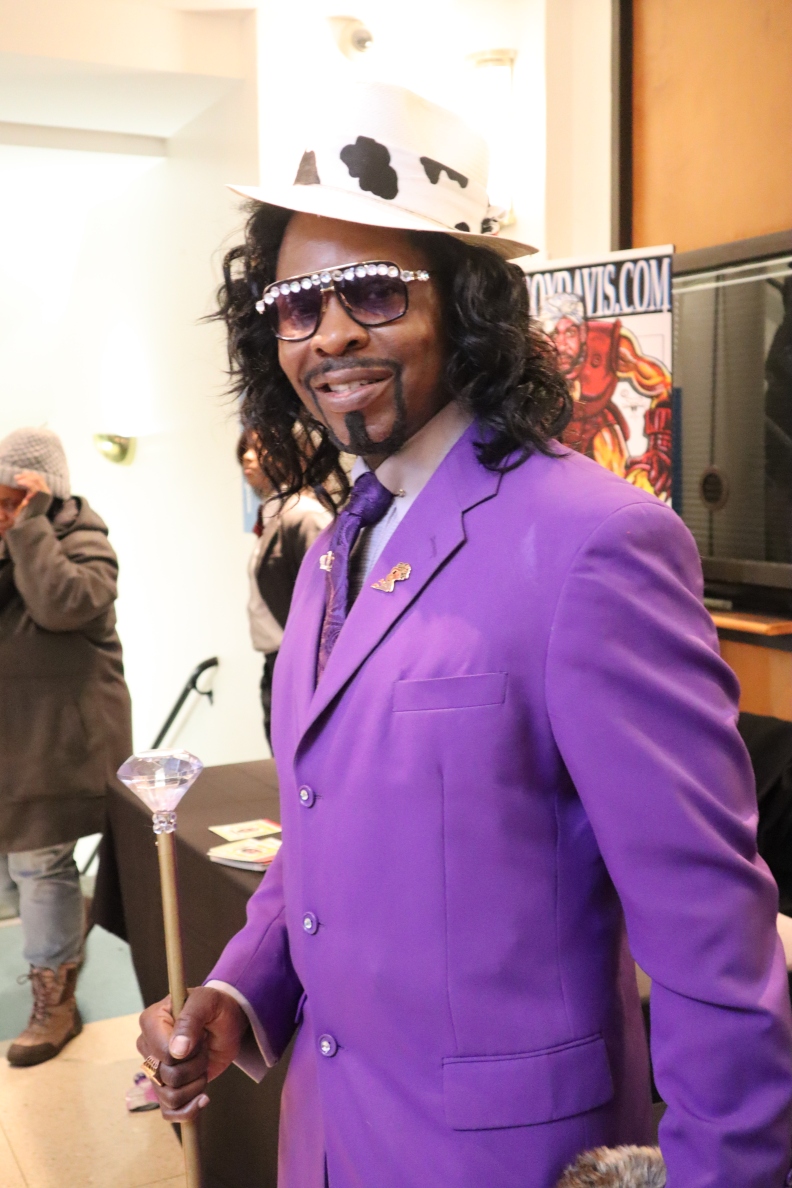 About the Schomburg Center for Research in Black Culture

The Schomburg Center for Research in Black Culture, a research unit of The New York Public Library, is generally recognized as one of the leading institutions of its kind in the world. For over 90 years the Center has collected, preserved, and provided access to materials documenting black life, and promoted the study and interpretation of the history and culture of peoples of African descent. Educational and Cultural Programs at the Schomburg Center complement its research services and interpret its collections. Seminars, forums, workshops, staged readings, film screenings, performing arts programs, and special events are presented year-round. More information about Schomburg’s collections and programs can be found at www.schomburgcenter.org.

BE SURE TO FOLLOW Schomburg Center AND SEE WHAT IS IN STORE FOR UPCOMING SHOWS!! 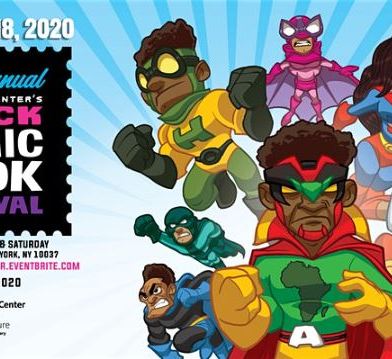 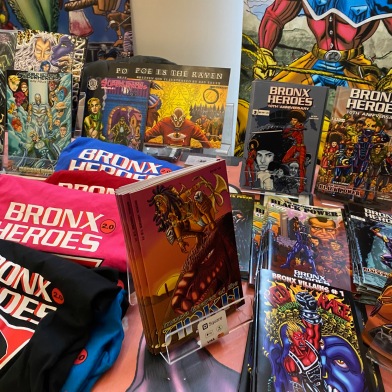